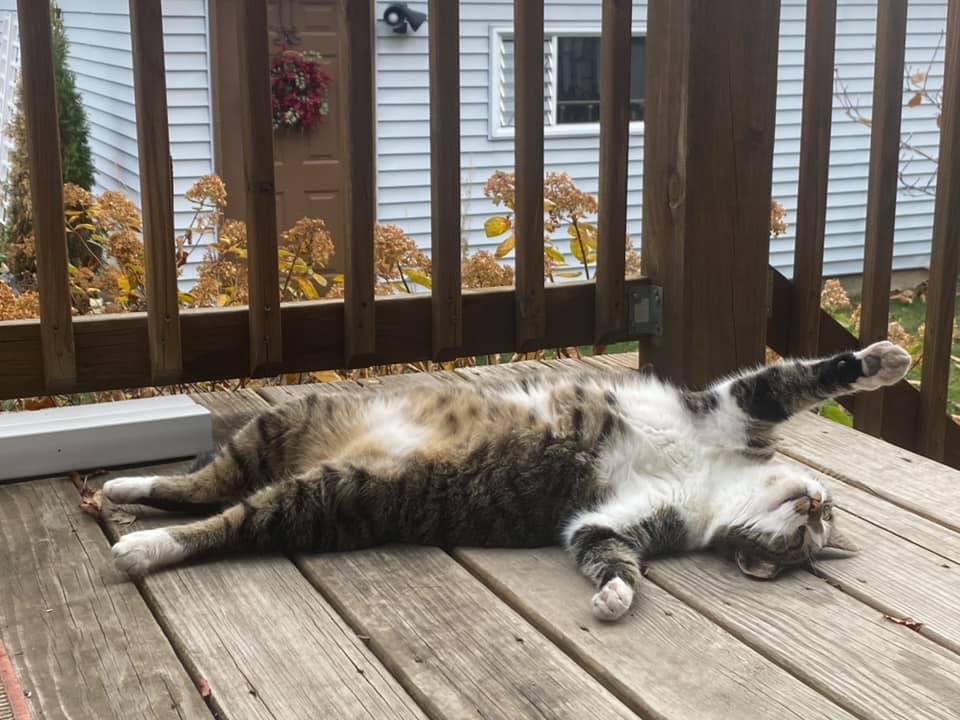 Domestic cats have existed for thousands of years, the product of human intervention. We human beings removed wild feline species from nature and bred them for companionship as well as to keep rodents away from crops. Cats have always lived near humans, where there are few predators, but largely outdoors. As apex predators, cats are able to hunt for enough food to survive on their own, and their warm winter fur coats have proven effective through even the coldest winters. It was not until the invention of cat litter in 1946 that people began sequestering cats entirely indoors.  Because cats have been left outside unsterilized for so many years, their population has exploded out of control. Cats that are born outside and have little or no direct human interaction are feral (wild).

Disturbing nature through rampant breeding has also left cats with an immune system that is vulnerable to many diseases. It is necessary to vaccinate all domestic cats, friendly and feral alike, so they do not succumb to deadly viruses such as distemper (panleukopenia) and calici.Cats have a relatively recent history of domestication compared with dogs; canines arose from wolves over 30,000 years ago. Cats began their journey toward domestication only 10,000-12,000 years ago. A study from Washington University concluded that even now cats are considered only semi-domesticated. Whereas puppies born in the wild can be grabbed by humans even at 2-3 months old, kittens born outside are so instinctively fearful of humans that they must be trapped and removed from their mothers for socialization at a young age or they can remain feral and unsocialized to humans for the entirety of their lives. Due to cats’ highly differing domestication timeline from that of dogs, the range of socialization is very broad: they can be totally feral, semi-feral, semi-friendly, friendly only to their caretaker, often perfectly socialized in every way other than tolerating being picked up and held, or outwardly friendly and seeking affection. 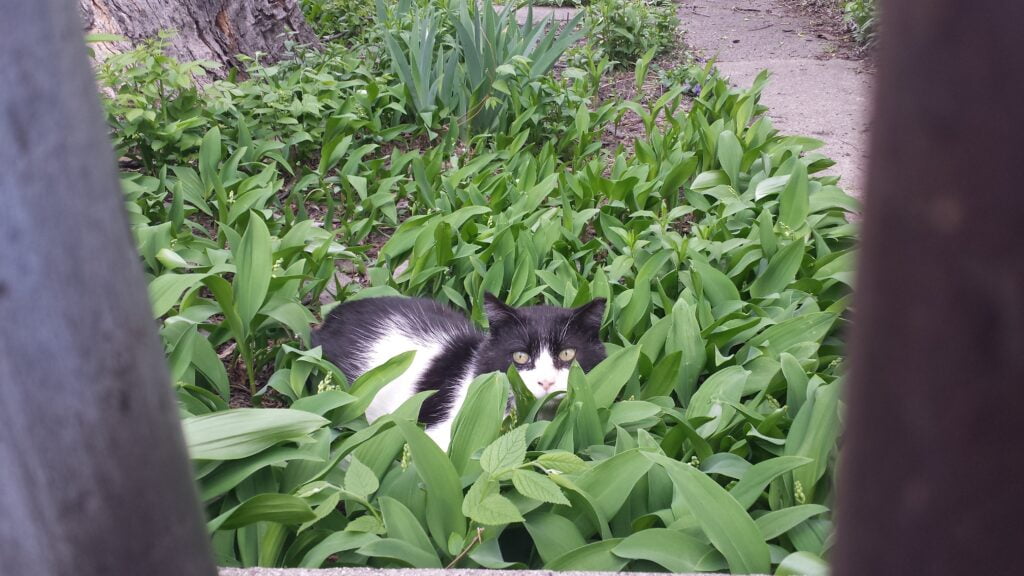 Don’t assume that cats you are seeing outside are someone’s indoor/outdoor pets. They are more likely feral cats that have a food source nearby, but are not necessarily sterilized. Cats live naturally in colonies. Cats that are abandoned or lost frequently follow other outdoor cats to a nearby colony and food source.Feral cats, cats who are only semi-friendly, and cats socialized only to their caretaker are not good candidates for intake at animal shelters as they cannot be handled for a veterinary exam and would never approach prospective adopters.  Feral cats and “feeder friendly” cats are better off TNR’d (Trapped-Neutered-Returned) and left in their familiar environment where they can thrive with proper care. Shelters and foster homes remain consistently full with friendly cats and socializable kittens that spend less time in foster homes and on adoption floors.

Free-roaming female cats can have up to 4 litters per year and can become pregnant as early as 4 months old.  A female cat can become impregnated by more than one male cat during a pregnancy and can become pregnant while still nursing a prior litter.  Sadly, 50%-75% of kittens born to unvaccinated mothers outdoors do not make it to 6 months of age. Trauma and disease are the most common causes of death. Feral queens can deliver upwards of 7-8 kittens, but by the time the kittens emerge from their nests, it is common to see just 2 or 3. Queens often leave their colony to give birth in a secure location where tom cats, who can attack and kill kittens, can’t find them. Without human intervention, community cat populations can burgeon quickly, which means more new kittens that suffer and die on the streets.Reducing breeding at its source through TNR (Trap-Neuter-Return) is the most humane and effective method for controlling the community cat population and is paramount in improving the quality of cats’ lives.  Read more about why TNR works. 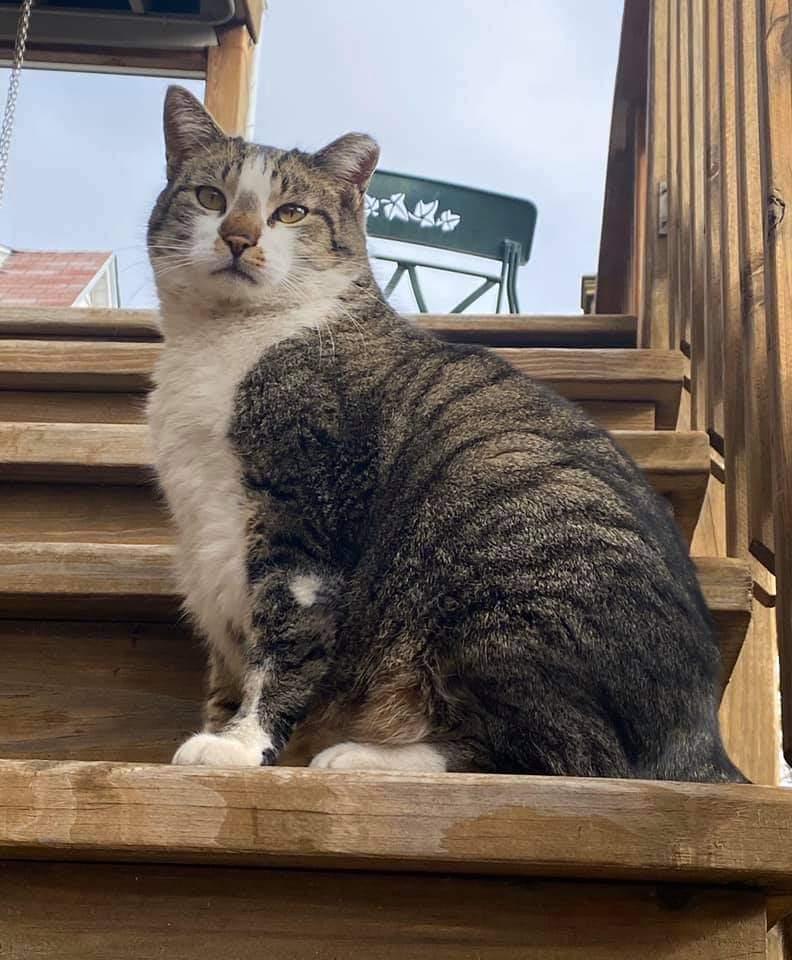 Feral cats do not create a health risk for humans. The majority of viruses affecting cats are only transferrable to other cats. One exception is rabies. Although rabies is a deadly disease, the U.S. Centers for Disease Control (CDC) reports only 10 cases of human beings contracting rabies between 2009 and 2019, with none of these coming from cats. Cats that have been infected with rabies have contracted the disease through contact with wildlife. When feral cats are sterilized through the Trap-Neuter-Return (TNR) process, they are also vaccinated against rabies.

Anti-TNR advocates have long claimed that feral cats are a risk to public health because they can spread toxoplasmosis to humans. Scientific evidence clearly indicates that the changes of a human being getting toxoplasmosis from a cat is extremely unlikely to near impossible. The Centers for Disease Control & Prevention states: “Toxoplasmosis is an infection caused by a single-celled parasite called toxoplasma gondii. While the parasite is found throughout the world, more than 40 million people in the United States may be infected with the toxoplasma parasite. The toxoplasma parasite can persist for long periods of time in the bodies of humans (and other animals), possibly even for a lifetime. Of those who are infected however, very few have symptoms because a healthy person’s immune system usually keeps the parasite from causing illness. People can contract toxoplasmosis in several ways:

Toxoplasma oocysts live in the muscles of an infected species. Felines are the only species who can shed oocysts in their feces. Once a cat is infected with toxoplasma, it can only shed oocysts one time in it’s life, for a period of 1-3 weeks. The oocysts will only become infectious between 1 and 5 days after being shed in feces. The chances of a person (1) encountering a cat with a toxoplasma infection, (2) coming into contact with the cat’s feces during this short window of time and then (3) transferring the infection from their hands to their mouth, is between slim and none. Promptly cleaning up cat feces and washing hands afterwards is effective in preventing toxoplasma infection from cats.